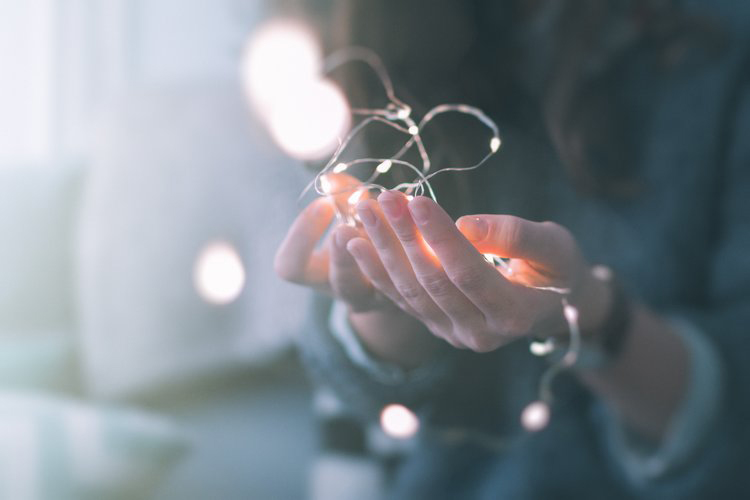 When the nurse called and said, “Your biopsy results show malignant ductal carcinoma in situ,” I was shocked. Did she say “carcinoma?”

She said a few more words and I interrupted, “Wait a minute. Are you saying that I have CANCER?”

She was trying to be gentle, but there really is no gentle way to tell someone they have cancer. “Yes, it’s cancer…but it’s very early stage.”

“You don’t understand. I can’t have cancer right now because I’ve already had my thing. I did the health thing. When I was thirty-five, my friend…we shared our design businesses…we had our babies together…she had a brain tumor. And then I had a brain hemorrhage. It’s crazy, I know, both at the same time. And then she died, and I lived. And I spoke at her memorial, drove carpool for her kids, and then scheduled my own brain surgery. It took me a full year to recover from that. I can’t have cancer. I’ve already had my thing. I don’t want to do this. I can’t do this to everyone again.”

And she listened for a very long time until I was ready to make my follow-up appointment.

And then I was angry and called my sister. She choked back the tears as I raged, “I fucking have cancer and I am NOT running a marathon to raise money for this shit and I’m not wearing a stupid fucking ribbon EVER and if ANYONE comes near me with the color pink…”

She interrupted, “I just bought a new pink wallet, do I have to get rid of it?”

Your friends and family rally together to give you meals, jewelry, gift cards, texts of support, candles, books, clothes, love, hugs. And everyone says how brave you are, and you stare at them, not really sure what that means. Is it brave to want to stay alive?

And then, just as suddenly as it all begins, the treatment is over.

And your job is gone.

And everyone goes back to normal.

And what’s next for you is uncertain.

And that’s when Grace shows up.

First it was Grace, the dance and yoga instructor. I met her a week after receiving the cancer news, during a class where the music kept cutting off, but we all just kept dancing nevertheless. After the class, I approached her to introduce myself and instead, quickly whispered, “I loved your class and I just found out I have cancer, but don’t react because my friend, standing behind us, and my kids, who are outside, don’t know yet.”

She hugged me tightly, squeezed my shoulders, and looked me straight and strong, right in the eyes, “Thank you so much for coming today. You are strong. I know I will see you again soon.”

And then there was Grace, the entrepreneur dedicated to helping women discover their next best self, who proclaimed that I was actually not lost, but rather quite close to something great.

She looked me straight and strong, right in the eyes, “You are right where you are supposed to be at this very moment.”

And, these two Graces, appearing at the same time out of nowhere, got me thinking. So, I turned to Google. The dictionary defines grace as: unmerited divine assistance given to humans for their regeneration or sanctification.

Okay. Now what does THAT mean? After looking up those words, I landed on this:

Grace is a gift from the universe that you haven’t really earned or may not deserve, that is given to you in order to make your spirit whole. Grace comes out of nowhere and lends you a hand.

Grace is the large cyst that suddenly appeared in my left breast and caused me to go in for a very overdue mammogram that revealed early cancer in my right breast.

Grace is the tattoo artist in Chicago who offers hope via Instagram by transforming mutilated breasts into works of art with his gentle, gifted eye and knack for metamorphosis.

Grace is the surgeon who called to say that she got clear margins and who offered reassurance with her intellect, her humor, and her prompt email responses.

Grace is the understanding plastic surgeon who sketched across my torso with a Sharpie and gently reminded that getting the cancer out was the first priority, not whether my future smaller breasts would end up making my butt look bigger in proportion.

Grace is the radiation team who I looked forward to seeing each day, and who took a moment to place a hand on my knee and say a reassuring “we’re right over there” before leaving me alone with the radiation machine.

Grace is the gentle yoga class that ended with inspirational quotes and tears rolling from my eyes and pooling in my ears during the final morning shavasana.

Grace is the community of meals and carpools and acupuncture and bone broth and homemade chili (even if chili was delivered three nights in a row).

Grace is the gentle husband who I’ve known longer than I haven’t, who doesn’t complain about disability or unemployment compensation, who always mostly says the right thing, who cooks way better than me, and cleans the best he can, and cares only for my well-being, who remains funny and sexy while continuing to adore me and my body no matter how many scars I carry.

Grace is my teenage daughters who saw that women with cancer can be vibrant and optimistic and energetic and angry and scared and that all of that is okay. Grace is the teen daughters who do their own laundry or don’t, who give hugs or just walk by, who give looks of adoration or annoyance, who share their secrets or keep quiet, and who grow and push as they should to become the women they are meant to be.

Grace is gifts from the universe and they had been there all along—when the nurse called, when we told our daughters, when the job was lost. Grace was there, ready to hold my hand and make my spirit whole again.

I just had to look her straight and strong, right in the eyes in order to see it.